Since Saturday, 28th May 2011, TheSparePartShop.Com has continuously connected parts consumers with local, regional and overseas parts suppliers, dealers and manufacturers. 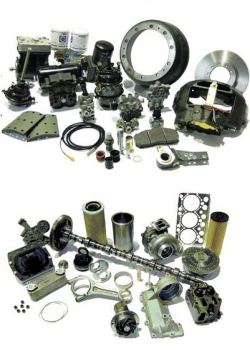 Due to the growing industrialization and affluence of the middle class ranks in Angola, consumption of spare parts for various machinery has grown exponentially over the last few years.

Sadly however, the availability of spare parts in Angola across the various categories has not kept pace with the emerging demands. In the very rare cases where it has, prices are more often than not exorbitant.

To help deepen accessibility of discounted spare parts in Angola, and starting Tuesday, 29th October 2019, Angola and overseas parts dealers, suppliers and manufacturers are able to display their special offer and discounted products and service on this site.

Overseas companies looking to grow their spare parts market share are invited to add their discounted parts and services. You can do so by entering here.

For parts consumers, see special offer discount parts available in Angola as of below:

Side note for spare parts shops and dealers in Angola:

The special offers and discounts for parts continuously extended by Angola and overseas companies in the Angola market place have picked up very well. Many spare part shops, dealers and suppliers in Angola are attaining tremendous growth utilizing these emerging opportunities to stock up on aftermarket and genuine OEM parts at reduced prices.

Interested in saving money on your spare parts purchases in Angola? Get discounted parts alerts here

Page content was last updated on:
Online since: Saturday, 28th May 2011